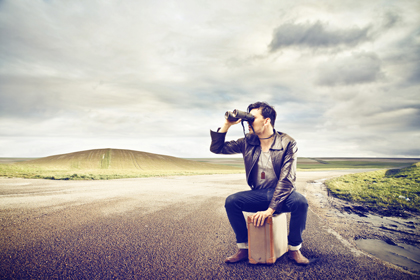 She obtained a money judgment against a property owner for personal injuries she sustained. To collect the judgment, the injured plaintiff’s counsel retained Richard A. Klass, Your Court Street Lawyer as special collection counsel.

Once a judgment has been entered, there are various enforcement measures available to the creditor to collect the money due on the judgment from the debtor. One of the most effective means of enforcing a Judgment is through a Sheriff’s auction sale of a debtor’s real property.

Prior to the Sheriff conducting an auction sale of real estate, there is a requirement under CPLR 5206 that the judgment creditor file a proceeding to determine whether there is sufficient equity in the real property over and above both the liens and mortgages on the property and, if applicable, the debtor’s “homestead exemption” from which the judgment may be satisfied. The homestead exemption represents a certain monetary amount of equity in a debtor’s principal residence protected from creditors.1 If the court determines that there is sufficient net equity, then an order may be entered authorizing the Sheriff to levy on the real property and conduct the auction sale.

Discovery on the issue of the homestead exemption:

In the proceeding to determine that the debtor’s house could be sold at Sheriff’s auction, the debtor claimed that the subject house was his principal residence. In response, the creditor was granted leave of court to conduct discovery proceedings on the issue of the debtor’s homestead exemption claim. Discovery demands, including interrogatories and document demands, were served upon the debtor’s attorney.

Despite having been served with the discovery demands, the debtor failed to respond to them. The debtor’s failure to respond to the interrogatories and produce documents continued even after the direction of the court in the preliminary conference order and a subsequent order. The creditor filed a motion to strike the debtor’s answer and preclude him from asserting the homestead exemption claim. Once again, the debtor failed to respond or comply. The court gave the debtor one last chance to respond. Needless to say, the debtor did not respond despite all of the chances afforded to him, and the court struck his answer and his defenses, including the claimed homestead exemption.

Debtor claims default was due to his attorney’s illnesses:

The debtor’s new attorney filed a motion with the court requesting that the order striking his answer be vacated because his prior attorney was suffering from physical and mental illnesses. The prior attorney submitted an affirmation stating that he was diagnosed with idiopathic pulmonary fibrosis and was also suffering from mental illness, and that he has had to withdraw his representation in other cases.

In opposing the request to vacate the debtor’s default, the creditor argued (a) that the prior attorney failed to provide proof of mental illness; (b) from reviewing court calendars, there was no proof that the prior attorney withdrew from other cases; (c) the debtor failed to respond to discovery demands long before the default; and (d) the debtor still failed to sustain his burden of proving his claimed homestead exemption.

An attorney’s illness must be corroborated by medical documentation:

The judge laid out the criteria necessary to determine the debtor’s motion to vacate his default based upon the claim of his attorney’s illness, stating as follows:

“The illness of a party’s attorney, when corroborated by medical documentation, including the affirmation of a physician, suffices as a reasonable excuse for vacatur of a default. (Pierot v. Leonard, 154 AD3d 791 [2d Dept. 2017]; Weitzenberg v. Nassau County Dept. of Recreation & Parks, 29 AD3d 683 [2d Dept. 2006]; Norowitz v. Ponconco, Inc., 96 AD2d 581 [2d Dept. 1983]. [The attorney’s] alleged physical and mental health issues are not established by a doctor’s affirmation and therefore do not serve as a reasonable excuse to vacate the default. Nonetheless, [the attorney’s] initial default occurred prior to the alleged June 20th date of diagnosis, and [the attorney] fails to submit detailed submissions explaining the respondent’s delays in responding to the petitioner’s discovery demands, in complying with the court’s February 27th order mandating discovery, as well as his failure to oppose the petitioner’s April 16th motion to strike (compare with Hageman v. Home Depot U.S.A., Inc., 25 AD3d 760 [2d Dept. 2006].

Finally, the Court notes that respondent’s Answer was stricken and judgment entered after a history of noncompliance with orders to produce discovery essential to this litigation. . . . The Court finds that given the history of this litigation, the explanation proferred by respondent and his former counsel is vague, unsubstantiated and incredible, and does not constitute a reasonable excuse for respondent’s default (see Herrera v. MTA Bus Co., 100 AD3d 962 [2d Dept. 2012]); Wells Fargo Bank, NA v. Cervini, 84 AD3d 789 [2d Dept. 2011]. Given the Court of Appeals’ guidance in Gibbs v. St. Barnabas Hospital, 16 NY3d 74 [2010], as well as Second Department case law cited above, the Court finds it would be an improvident use of its discretion to vacate the default judgment in light of respondent’s history of default and noncompliance. Further, prior counsel’s alleged illness, which constituted the excuse for the default, only accounted for a small period of time in which respondent was to have provided discovery.”

The judge found that the petition was entitled to judgment as a matter of law and granted the petition directing the sale of the debtor’s 100% interest in the real property.

Footnotes:
1 Currently, a judgment debtor’s “homestead exemption” amount depends on which county the property is located, which is as follows:

We are pleased to announce that Richard Klass, has been selected to the 2019 New York Metro Super Lawyers list. This is an exclusive list, recognizing no more than five percent of attorneys in the New York Metro area.

Super Lawyers, part of Thomson Reuters, is a research-driven, peer influenced rating service of outstanding lawyers who have attained a high degree of peer recognition and professional achievement. Attorneys are selected from more than 70 practice areas and all firm sizes, assuring a credible and relevant annual list.

The annual selections are made using a patented multiphase process that includes:

The objective of the Super Lawyers lists is to create a credible, comprehensive and diverse listing of outstanding attorneys to be used as a resource for both referring attorneys and consumers seeking legal counsel.

For more information about Super Lawyers, go to SuperLawyers.com. Super Lawyers is a registered trademark of Thomson Reuters.

The subcontractors then brought an action in the Supreme Court, Queens County only against the property owner, alleging unjust enrichment for the contracting services rendered by them. Despite service of the Summons and Complaint in 2011, the plaintiffs did not seek the entry of a default within one year thereafter.

The subcontractors then brought yet another action in the Supreme Court, Kings County against the general contractor, contractor and property owner, alleging both breach of contract and unjust enrichment. A default judgment was granted in their favor against all of the defendants except for the property owner. The property owner moved for dismissal of the action, which was granted.

In 2017, the subcontractors moved for a default judgment against the property owner in the 2011 action.

In response to the motion, the property owner retained Richard A. Klass, Your Court Street Lawyer. The property owner cross-moved, pursuant to CPLR 3215(c), for dismissal of the action based upon the failure to take proceedings for entry of judgment within one year after the default. By Order dated April 6, 2018, the Supreme Court denied the motion for a default judgment and granted the cross-motion for dismissal of the action. The Court held that “plaintiff’s counsel fails to proffer a reasonable excuse for its delay in timely making the instant application. After reviewing the extensive procedural history of the case and companion cases, it remains unclear why plaintiffs waited almost two years after [the court] dismissed their identical claim in Kings County to seek a default judgment against the defendant in this action.”

The Court further rejected the claim made in opposition to the cross-motion that the matter should not be deemed abandoned. Specifically, the court held, “While plaintiffs may contend they were in settlement negotiations and other litigation activity with the defendant, those activities ceased in May of 2015 when the matter was dismissed. In addition, plaintiffs fail to explain why it commenced a second action including the defendant in Kings County after it had already commenced the instant action or why they then let the instant matter linger over five and half years.”

Failure to take proceedings within one year after default

Here, the plaintiffs took no proceedings for the entry of a default judgment within one year following the defendant’s default, and they failed to establish a reasonable excuse for their delay in moving for leave to enter a default judgment. Accordingly, the lawsuit was dismissed.