The decision in Bianco v Law Offices of Yuri Prakhin, 189 AD3d 1326, 1327-29 [2d Dept 2020] serves as a good reminder that a motion to dismiss an action based upon documentary evidence should be conclusive; otherwise, the motion will be denied:

On a motion to dismiss pursuant to CPLR 3211, the pleading is to be afforded a liberal construction (see CPLR 3026). The facts as alleged in the complaint are accepted as true, the plaintiff is afforded the benefit of every possible favorable inference, and the court determines only whether the facts as alleged fit within any cognizable legal theory (see Leon v Martinez, 84 NY2d 83, 87-88 [1994]). Under CPLR 3211 (a) (1), a *1328 dismissal is warranted only where the documentary evidence utterly refutes the plaintiff’s factual allegations, conclusively establishing a defense as a matter of law (see Goshen v Mutual Life Ins. Co. of N.Y., 98 NY2d 314, 326 [2002]; Leon v Martinez, 84 NY2d at 88). In order for evidence to qualify as documentary, it must be unambiguous, authentic, and undeniable (see Granada Condominium III Assn. v Palomino, 78 AD3d 996, 996-997 [2010]; Fontanetta v John Doe 1, 73 AD3d 78, 86 [2010]). “[J]udicial records, as well as documents reflecting out-of-court transactions such as mortgages, deeds, contracts, and any other papers, the contents of which are essentially undeniable, would qualify as documentary evidence in the proper case” (Fontanetta v John Doe 1, 73 AD3d at 84-85 [internal quotation marks omitted]; see First Choice Plumbing Corp. v Miller Law Offs., PLLC, 164 AD3d 756, 758 [2018]). Neither affidavits, deposition testimony, nor letters are considered documentary evidence within the intendment of CPLR 3211 (a) (1) (see Fox Paine & Co., LLC v Houston Cas. Co., 153 AD3d 673, 678 [2017]; Granada Condominium III Assn. v Palomino, 78 AD3d at 997). Accordingly, the hearing transcripts, affirmation, and affidavit relied upon by the Kletzkin defendants and the Schneider defendants in support of their respective motions do not constitute documentary evidence for the purposes of CPLR 3211 (a) (1). Additionally, the trial counsel agreement between the Schneider defendants and the Kletzkin defendants, which does constitute documentary evidence, did not utterly refute the factual allegations of the complaint and did not conclusively establish a defense to the claims as a matter of law.

Here, the plaintiff adequately pleaded the cause of action alleging legal malpractice against the Kletzkin defendants and the Schneider defendants. Contrary to the contentions of those defendants, neither conclusively established that an application for leave to serve a late notice of **3 claim or to deem the late notice of claim timely served upon the NYCTA nunc pro tunc would have been futile (see generally Matter of Newcomb v Middle Country Cent. Sch. Dist., 28 NY3d 455, 465 [2016]; Davis v Isaacson, Robustelli, Fox, Fine, Greco & Fogelgaren, 284 AD2d 104, 105 [2001]).

Allstar Elecs., Inc. v DeLuca, 188 AD3d 1121 [2d Dept 2020] is a good reminder that, even in the context of a legal malpractice case, the party bringing the lawsuit must be prepared to produce all discovery responses to the other side in a timely fashion or risk the complaint being dismissed. The court held:

“On a motion to dismiss a cause of action pursuant to CPLR 3211 (a) (5) as barred by the applicable statute of limitations, a defendant must establish, prima facie, that the time within which to sue has expired. Once that showing has been made, the burden shifts to the plaintiff to raise a question of fact as to whether the statute of limitations has been tolled, an exception to the limitations period is applicable, or the plaintiff actually commenced the action within the applicable limitations period.” (Quinn v McCabe, Collins, McGeough & Fowler, LLP, 138 AD3d 1085, 1085-1086 [2d Dept 2016] [internal quotation marks omitted].)

“An action to recover damages for an attorney’s malpractice must be commenced within three years from accrual (see CPLR 214 [6]). A legal malpractice claim accrues when all the facts necessary to the cause of action have occurred and an injured party can obtain relief in court. In most cases, this accrual time is measured from the day an actionable injury occurs [or when the damages are sufficiently calculable], even if the aggrieved party is then ignorant of the wrong or injury.” (McCoy v Feinman, 99 NY2d 295, 301 [2002] [internal quotation marks and citation omitted]; King Tower Realty Corp. v G & G Funding Corp., 163 AD3d 541 [2d Dept 2018].) Any damages arising from defendant’s alleged malpractice were sufficiently calculable for pleading purposes when the jury rendered its verdict on July 29, 2013, and the action commenced on September 17, 2018 is time-barred. 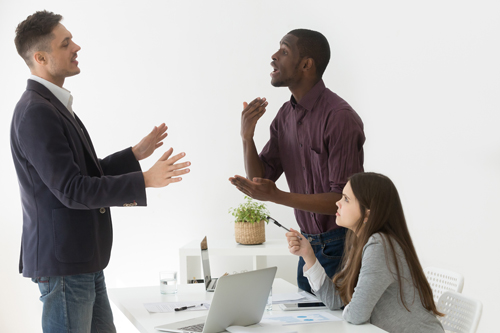 Two partners owned vacant lots in Manhattan and wanted to build on them. They found two developers who pitched building townhouses on the lots. The four of them entered into a joint venture agreement (“JVA”). [1] Essentially, the agreement was that, in return for the developers paying off debts owed on the lots, refinancing an existing mortgage and obtaining a new construction loan, the lot owners would transfer the property to a limited liability company (“LLC”) to be jointly owned by all four of them.

According to the JVA, ownership of the new LLC would be equally divided among the four partners (25% each). The LLC was supposed to refinance the property. The funds from the refinance would first be utilized to satisfy the existing mortgage on the property and then finance all of the construction costs for three single-family townhouses. The developers were to use their best efforts to obtain a construction loan to perform the purpose of the joint venture, and the lot owners were to fully cooperate in these efforts.

Formation of the LLC

One of the developers formed an LLC into which title to the lots would be transferred. The LLC was initially formed with him as the sole member for convenience purposes until the prospective refinance and closing were to take place, at which time all four partners would constitute the members.

In order to comply with the mortgage lender’s requests about the property, the developers needed certain back-up documentation from the lot owners concerning expenses. The lot owners did not provide the requested items. Ultimately, they stopped cooperating with the developers. The developers retained Richard A. Klass, Esq., Your Court Street Lawyer, to pursue their rights under the joint venture agreement, including suing for breach of contract and to enforce a constructive trust over the vacant lots.

In response to the developers’ claims, the lot owners contended that they properly rejected the demand to transfer title to the property to the new LLC. They claimed that they were never provided with an operating agreement that named all four of the partners as members. The lot owners declared, “There was no way it was either reasonable or pursuant to the terms of the JVA that we were going to transfer the property worth at least $4,000,000.00 to an LLC in which we had no ownership interest and no control.”

The developers asserted that this defense was pretext — the lot owners never intended on complying with the joint venture agreement from the start. As fully laid out before the arbitrator, both in testimony and documentary evidence, the developers established that this defense was unfounded based on several facts: (1) the transfer tax documents, prepared by the title company, reflected all four joint venturers’ names and respective 25% interests in the new LLC; [2] (2) One of the lot owners himself emailed the title company the names of all four people for the new LLC; (3) the developer emailed the mortgage lender that all four people were partners in the new LLC; (4) the developer informed the lot owner that the mortgage lender needed a draft of the operating agreement, Excel spreadsheet and all checks following; and (5) the developers made various, substantial payments in furtherance of their joint venture prior to any deed transfer.

The developers claimed that the lot owners wrongfully breached their fiduciary duty that was created when they entered into the joint venture.[3] As joint venturers, the developers asserted the lot owners owed them a fiduciary duty to supply financial information which was within their exclusive control and they breached their duty by intentionally failing to cooperate and disclose pertinent information. Cooperation on the part of both sides to a contract is implied in every contract. See, Madison Pictures, Inc. v Pictorial Films, Inc., 6 Misc 2d 302, 324-25 (Sup. Ct. 1956) (“Where a matter is particularly within the knowledge of one party, it is his duty to supply the information.”); see also Weeks v. Rector of Trinity Church in City of New York, 56 App.Div. 195, 67 N.Y.S. 670, 672 (1st Dept. l900) (“The rule of law is that, when the obligation of performance by one party to a contract presupposes the doing of another act by the other party prior thereto, there arises an implied obligation of the second party to do the act which the performance of the contract necessarily…”).

The arbitrator determined that the developers were entitled to compensation from the lot owners for their substantial investment of time and money into the project. The arbitrator awarded half of the value of the property along with reimbursement for all of their expenses.

[1]  Under New York law, five elements are necessary to form a joint venture: “(1) two or more persons must enter into a specific agreement to carry on an enterprise for profit; (2) their agreement must evidence their intent to be joint venturers; (3) each must make a contribution of property, financing, skill, knowledge or effort; (4) each must have some degree of joint control over the venture; and (5) there must be a provision for the sharing of both profits and losses.” Dinaco, Inc. v. Time Warner Inc., 346 F.3d 64, 67-68 (2d Cir. 2003).

[2]  It was noted that both the Joint Venture Agreement and the NYC Real Property Transfer (RPT) Tax Return served as documentary evidence of the respective LLC ownership interests of the parties. As held in Matter of Pappas v Corfian Enterprises, Ltd., 22 Misc 3d 1113(A) [Sup Ct 2009], affd, 76 AD3d 679 [2d Dept 2010]: “In the real world, particularly that in which close corporations operate, clear evidence of share ownership is often not found in the corporate books and records, for any number of reasons. Other evidence must be found, and the lodestar for admissibility and probative value must be the contractual foundation for shareholder status. A court may consider the intent of the parties, particularly evidence of an agreement to form a corporation. (See Matter of Estate of Purnell v. LH Radiologists, 90 N.Y.2d at 530, 664 N.Y.S.2d 238, 686 N.E.2d 1332; Blank v. Blank, 256 A.D.2d at 689, 681 N.Y.S.2d 377.) * * *

Plaintiff adequately plead that defendant, who was retained to represent him in a criminal matter, owed him a duty of care with respect to legal advice he allegedly offered in connection with a pending civil action (see Jane St. Co. v Rosenberg & Estis, 192 AD2d 451 [1st Dept 1993], lv denied 82 NY2d 654 [1993]). While the parties entered into a written retainer agreement stating that the legal representation was for the criminal matter, on this motion to dismiss the written retainer does not eliminate any possibility that defendant owed plaintiff a duty of care in connection with legal advice he had given and was continuing to give regarding the separate civil matter, insofar as plaintiff relied upon it within that matter rather than in the criminal matter (see Genesis Merchant Partners, L.P. v Gilbride, Tusa, Last & Spellane, LLC, 157 AD3d 479, 482 [1st Dept 2018]). Accordingly, there is no documentary evidence here sufficient to require dismissal of the legal malpractice claim pursuant to CPLR 3211 (a) (1) (see IMO Indus. v Anderson Kill & Olick, 267 AD2d 10 [1st Dept 1999]). Issues of fact precluding dismissal exist as to whether defendant’s legal malpractice was the proximate cause of any damages suffered by plaintiff in the civil matter and as to whether plaintiff suffered cognizable damages in that matter.

The law firm of Richard A. Klass provides high-quality and cost-effective legal services to individuals, families, entrepreneurs, businesses, non-profits, and other law firms.

We have a reputation for taking on unusual and difficult cases that may not fit into a single “pigeon hole.” If you’re unsure if we handle it, just ask.