Richard A. Klass, Esq. is the quintessential “Court Street Lawyer,” as defined by the New York Times: “a street-smart sharpie with verve, hustle and a striver’s charisma.”

Practicing law much like a critical care doctor functions, Klass is the lawyer clients appreciate when the issue is so vital. Practicing primarily in the areas of commercial litigation, debt collection and enforcement of judgments, legal malpractice, and real estate litigation, his firm also represents clients in bankruptcy, civil appeals, and federal court litigation. Mr. Klass lectures and writes extensively for lawyers and industry professionals.

With an office in Brooklyn, New York, Mr. Klass lectures and writes extensively for lawyers and industry professionals. He publishes a widely-read quarterly newsletter Law Currents and blog of the same name and has written several books, including Killing the “Zombies”: Recent Changes to New York State’s Foreclosure Laws (2017); Attorney’s Liens and Legal Fee Enforcement: What to do if your client stops paying you (2015); and Successfully Defending Your Credit Card Lawsuit: What to Do If You Are Sued for a Credit Card Debt (2013).

Areas of Practice for the Law Firm of Richard Klass

The firm also has a reputation for taking on those unusual and difficult cases that may not fit into a single “pigeon hole.” If you’re not sure if “Your Court Street Lawyer” handles it, just ask.

Our offices are conveniently located on Court Street in downtown Brooklyn, just steps from Brooklyn Borough Hall. Call (718) 643-6063 to schedule an appointment now. 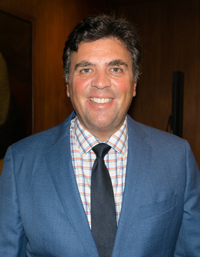 Newest Issue of Our Quarterly Newsletter

Two partners owned vacant lots in Manhattan and wanted to build on them. They found two developers who pitched building townhouses on the lots. The four of them entered into a joint venture agreement (“JVA”). Essentially, the agreement was that, in return for the developers paying off debts owed on the lots, refinancing an existing mortgage and obtaining a new construction loan, the lot owners would transfer the property to a limited liability company (“LLC”) to be jointly owned by all four of them….