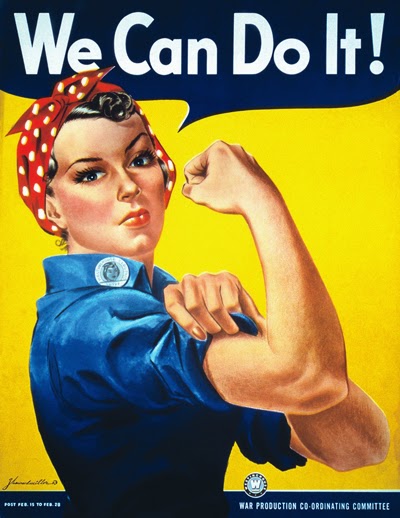 This guiding principle is so important that it is laid out in several passages throughout the Bible. It is incumbent upon an employer to pay the wages of its employees on a timely basis. If the employer does not pay its employees, New York State law provides employees with significant remedies, including an entitlement to monetary penalties against the employer over and above the unpaid wages and the recovery of attorney’s fees.

Some teachers in a private religious school were not paid their salaries for several months. The school’s administration claimed that, due to the nonpayment of tuition by a large number of the parent body, the school could not pay these teachers. In the meantime, however, the school continued to pay some of its teachers, business-as-usual. One of the teachers who was not paid her salary hired Richard A. Klass, Your Court Street Lawyer, to help recover her unpaid wages.

An action was brought on behalf of the teacher against the private religious school for the unpaid wages. The complaint also sought the additional amount of liquidated damages that may be awarded to an employee for wages owed by an employer on an unpaid wage claim. The entitlement to this additional element of damages (“equal to 100% of the total amount of the wages found to be due”) and reasonable attorney’s fees are provided for in New York State Labor Law §198(1-a). Specifically, Labor Law §198(1-a) provides, in relevant part:

In any action instituted in the courts upon a wage claim by an employee or the commissioner in which the employee prevails, the court shall allow such employee to recover the full amount of any underpayment, all reasonable attorney’s fees, prejudgment interest as required under the civil practice law and rules, and, unless the employer proves a good faith basis to believe that its underpayment of wages was in compliance with the law, an additional amount as liquidated damages equal to one hundred percent of the total amount of the wages found to be due.

Under the above statute, an employer must be able to prove that it had a “good faith basis” to believe that its failure to pay its employees was in compliance with the law in order to avoid an award of liquidated damages. In this case, it was urged that the school had no valid basis for not paying its teachers.

Religious school can be sued in secular court

The religious school argued that the Establishment Clause of the United States Constitution (separation of church and state) barred the government’s excessive entanglement in religion—in essence, stating that this dispute belonged in a rabbinical court. In response to this argument, it was urged that this case was not about religion; it was squarely and fundamentally about the breach of an employment contract.

Courts can apply ‘neutral principles of law’ to dispute

Respecting the place of religion in American society, courts will generally decline to involve themselves in disputes involving religious institutions except under limited circumstances. New York State’s highest court, the Court of Appeals, in Congregation Yetev Lev D’Satmar, Inc. v. Kahan, held that where the matter to be decided does not involve questions of discipline and doctrine but is a temporal matter, a court may inquire and consider the same in the light of the civil contractual rights and obligations of the parties. The Court of Appeals stated, “Civil disputes involving religious parties or institutions may be adjudicated without offending the First Amendment as long as neutral principles of law are the basis for their resolution (see First Presbyterian Church of Schenectady v. United Presbyterian Church in the United States of America). The “neutral principles of law” approach requires the court to apply objective, well-established principles of secular law to the issues.”
In Saffra v. Rockwood Park Jewish Center, Inc., the court held that issues surrounding a rabbi’s employment agreement with a synagogue were not an ecclesiastical matter but rather a matter dealing with a “mundane” contract to be construed by a court. New York law recognizes that “a religious corporation is liable on its contracts the same as any other corporation and, generally, questions concerning the contractual liability of a religious corporation are controlled by the principles governing the contractual powers and liability of corporations generally.” See, 92 N.Y. Jur.2d Religious Organizations, §16. Accordingly, the fact that the school was a religious school would be irrelevant to its liability for breaching its contractual obligations to its teachers for unpaid wages.
There were no religious issues or doctrines presented in this case; the action was brought solely to enforce the teacher’s contract rights to recover her unpaid wages for the period of time that she had already performed under her teaching contract. Faced with the arguments put forth by the teacher, the school relented and paid over $23,000 of back wages owed to the teacher, along with all of her legal fees and expenses.
by Richard A. Klass, Esq.

———–
copyr. 2014 Richard A. Klass, Esq.
The firm’s website: www.CourtStreetLaw.com
Richard A. Klass, Esq., maintains a law firm engaged in civil litigation in Brooklyn Heights, New York.
He may be reached at (718) COURT-ST or e-ml to RichKlass@courtstreetlaw.comcreate new email with any questions.
Prior results do not guarantee a similar outcome.

Credits: Photo of Richard Klass by Robert Matson, copyr. Richard A. Klass, 2011.
Marketing services by The Innovation Works, Inc. www.TheInnovationWorks.com.
Image on page one: We can do it!, ca. 1942 – ca. 1943; Creator(s): Office for Emergency Management. War Production Board.

Subjects Covered in this Blog