Richard A. Klass, has been appointed to serve a 4-year term on the Grievance Committee for the Appellate Division Second Department for the Second, Eleventh and Thirteenth Judicial Districts.

Members of the Grievance Committee serve to maintain the honesty, integrity and professional competence of the legal profession and protect the general public by enforcing the Rules of Professional Conduct. 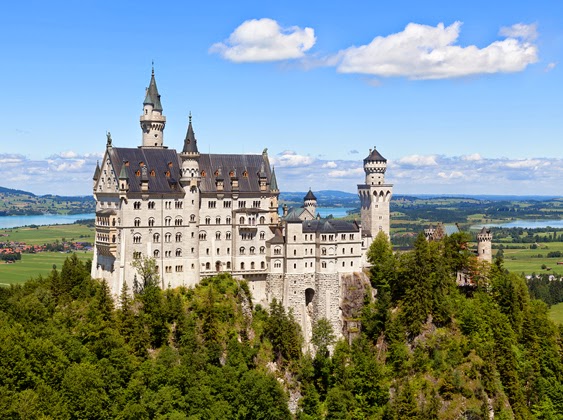 A New York City college bought an old garage on a residential street with the intention of eventually tearing it down and using the vacant lot in the development of a 17-story building. The owner of the adjacent apartment building was more than glad to have the college demolish the garage, which had become an eyesore. In order to demolish the garage, however, the college needed to enter the adjacent property to erect bridge scaffolding around the apartment building. But the college offered little protection to the owner other than promising to pay for any damage it might cause to the apartment building during the demolition.

Alleging that the apartment building owner refused to consent, the college brought a petition for a court order to allow its contractor to enter upon the adjacent property to erect the scaffolding. The adjacent apartment building owner retained Richard A. Klass, Esq., Your Court Street Lawyer, to oppose the petition and negotiate a license agreement with the college to grant access, but only upon meeting certain, reasonable conditions.

In the current economic and political climate in New York City, which encourages building more and more housing units for the multitudes, it is not surprising that current property owners are experiencing “growing pains.” Among those “growing pains” are the inconvenience and annoyance they experience when a developer buys land next to their property, seeking to build on that land, and needs to gain access to the neighboring property to do the work. Such access may be needed to move equipment, build up to the property line, or deliver material to the building site.

New York law seeks to find middle ground between the property developer and the neighboring owner so that the developer may build its structure while the neighbor can be left relatively undisturbed. Real Property Actions and Proceedings Law (RPAPL) Section 881 provides as follows:

When an owner or lessee seeks to make improvements or repairs to real property so situated that such improvements or repairs cannot be made by the owner or lessee without entering the premises of an adjoining owner or his lessee, and permission so to enter has been refused, the owner or lessee seeking to make such improvements or repairs may commence a special proceeding for a license so to enter pursuant to article four of the civil practice law and rules. The petition and affidavits, if any, shall state the facts making such entry necessary and the date or dates on which entry is sought. Such license shall be granted by the court in an appropriate case upon such terms as justice requires. The licensee shall be liable to the adjoining owner or his lessee for actual damages occurring as a result of the entry.

Essentially, if a developer must gain access to the adjacent property, it must first make a request upon that property owner. If turned down, the developer can then file a petition to ask the court to grant a license to enter the premises for a reasonable period of time.

The court must balance the competing interests of the parties and should grant the issuance of the license when necessary, under reasonable conditions, and where the inconvenience to the adjacent property owner is outweighed by the hardship of its neighbor if the license is refused. In Rosma Development LLC v. South, the court granted a developer a license to enter the adjacent property, recognizing that the developer’s property interests in completing its project (and as quickly as possible in order to avoid unnecessary delay and expense) outweighed the temporary inconvenience to the neighbor.

Provisions of a license agreement

Courts have held that reasonable conditions of a license agreement under RPAPL 881 may include:

In resolving the college’s petition, the parties negotiated an extensive agreement that ultimately allowed the judge to approve the license to enter the adjoining property.

Once a Judgment has been entered in a court, there are various methods which may be utilized by the judgment creditor to collect the Judgment from the debtor.

Where the debtor owns real estate, a lien may be placed upon the property. This type of lien is referred to as a Judgment lien under Article 52 of the Civil Practice Law and Rules (CPLR).

The Judgment lien is placed upon real estate by the “docketing” of a Transcript of Judgment with the County Clerk’s Office. Once the Judgment is docketed or registered, the judgment creditor may issue an Execution to the Sheriff to levy and sell the real estate, or merely leave the lien against the property until the debtor sells or transfers the property (at which time, the Judgment will likely be paid from the proceeds at closing).

If the Judgment was obtained in the Supreme Court of the county in which the property is located, no further action is required to docket the lien.

copyr. 2014 Richard A. Klass, Esq.
The firm’s website: www.CourtStreetLaw.com
Richard A. Klass, Esq., maintains a law firm engaged in civil litigation in Brooklyn Heights, New York.
He may be reached at (718) COURT-ST or e-ml to RichKlass@courtstreetlaw.comcreate new email with any questions.
Prior results do not guarantee a similar outcome.

There are three types of Executions:

According to statute, the Sheriff/Marshal is entitled to collect a levy fee and “poundage” of 5% from the debtor on top of the Judgment amount as a fee.

In some situations, the Sheriff cannot levy upon property, where there may be title issues relating to the ownership of the property, at which time further legal proceedings may be necessary.

copyr. 2014 Richard A. Klass, Esq.
The firm’s website: www.CourtStreetLaw.com
Richard A. Klass, Esq., maintains a law firm engaged in civil litigation in Brooklyn Heights, New York.
He may be reached at (718) COURT-ST or e-ml to RichKlass@courtstreetlaw.comcreate new email with any questions.
Prior results do not guarantee a similar outcome.

Kip Kouri, founder of Tell All Your Friends PR, is one of the most familiar and well-liked faces on the New York indie-rock circuit, repping everyone from Yoko Ono to Les Savy Fav to Guided By Voices to white-hot duo Sylvan Esso.

But a recent visit to Eataly, Mario Batali’s food emporium in New York’s Gramercy Park, ended in a violent altercation with the wait staff, leaving Kouri in stitches after allegedly being thrown through a plate glass window by a security guard. Kouri declined public comment while he sought legal counsel, but clients like Frenchkiss Records’ Syd Butler and Miniature Tigers began tweeting in Kouri’s defense, suggesting the incident was a hate crime and that a security guard used homophobic slurs against Kouri….

…Kouri declined comment, but deferred to his lawyer Richard Klass, who responded to Billboard in a statement: “Mr. Kouri vehemently denies the allegations made in the statement of Eataly’s representative. Mr. Kouri was at Eataly with his stepmother, sister and boyfriend, and a disagreement arose concerning the mishandling by Eataly of Mr. Kouri’s reservation. Mr. Kouri proceeded to leave the store after being harassed by Eataly’s staff, including being called homophobic slurs and enduring the staff’s homophobic hand gestures at him.

“As Mr. Kouri was exiting,” Klass continued, “three security guards became physical and began to push Mr. Kouri, his stepmother and sister, all the while calling him names. The security guards then tackled Mr. Kouri and threw him through a glass door, causing him to sustain serious injuries. Footage from Eataly’s security cameras were reviewed by the New York City Police Department and the investigation of the matter is pending.”